Home » I discover » My essentials » The Palace-museum

You only need to take a few steps before you realise that History has left its mark on Sens and Villeneuve-sur-Yonne. Visiting the Museums of Sens is also a journey into the past and across the ages.

From Agedincum to the modern city

To meet the Gallic ancestors, fast forward to 390 BC. In the stairs of the Museums, you meet an impressive statue of Brennus, leader of the Senones, who entered history by seizing Rome this year.

The underground part of the Museums of Sens : The Gallo-Roman collection

In the underground part of the Museums of Sens

350 years later, Caesar stationed six legions in Agedincum, the future town of Sens, before going to face Vercingetorix and the Gallic tribes at Alésia..

With peace established, a Roman city arose where the Gallic site had been, with streets crossing at right-angles. This urban layout still exists today, the Grande Rue corresponding to the old Decumanus Maximus, while Rue André Gâteau, extended by Rue de l’Ecrivain, corresponds to the old Cardo Maximus.

The town grew, as evidenced in the mosaics, sculptures and restored façade of the baths that can be seen in the underground part of the museums. Above all, however, it is the funerary steles which make up the richness of the Museums of Sens’ Gallo-Roman collections :Incorporated in the ramparts that were built in haste at the time of the Barbarian Invasions in the 3rd century AD, they have been kept in an exceptional state of preservation, having been protected over the centuries from the ravages of time. This collection has made the Museums of Sens a point of reference for the Gallo-Roman world..

Created by the sculptor Anatole Guillot in 1904, a bronze statue of Brennus is on the City-Hall

The capital of a Roman province in ancient times, Sens became a religious metropolis with the advent of Christianity in the 4th century. In the Middle Ages, the Archdiocese of Sens ruled over the dioceses of Chartres, Auxerre, Meaux, Paris, Orléans, Nevers and Troyes (to remember this, think of the mnemonic Campont) and its Archbishop held the title “Primate of the Gauls and Germania”, which means he was second only to the Pope, no less! The Cathedral Treasury is housed in the former chapel of the Archbishops’ Palace which adjoins the building. It has some wonderful remnants, even though the Revolution passed through here! You can see some exceptional pieces, including splendid Flemish tapestries from the 15th century, the chasuble of Thomas Becket and the Sainte Châsse, a reliquary in ivory. It is impossible to describe all the riches contained in the Treasury Room, you will have to see it yourself to believe it! Oh alright, here’s a little taste. We speak about “Museums” because several collections are gathered : municipal, national and private ones!

The Museums offer wealthy and varied collections. As well as the Gallo-Roman collections and Cathedral Treasury, there are other remarkable pieces, including the Marrey collection and its art ironworks, paintings from the Flemish and Dutch schools and two sculptures by Rodin. We have a soft spot – we must admit – for the Treasury of Villethierry, with its 847 Bronze Age jewels. Adoration of the Magi by Peter Bruegel Room of the Marrey Collection 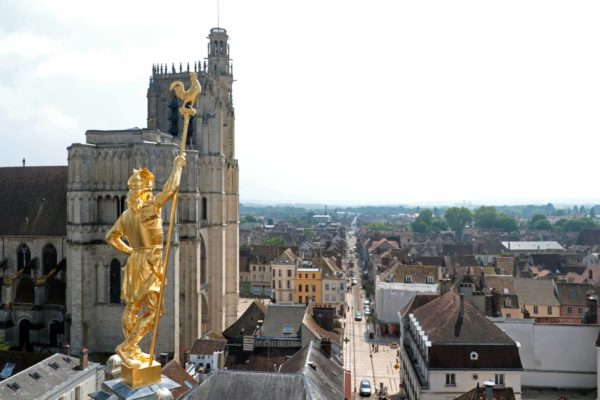 A walk around the historical centre of Sens is a journey back in time! As... 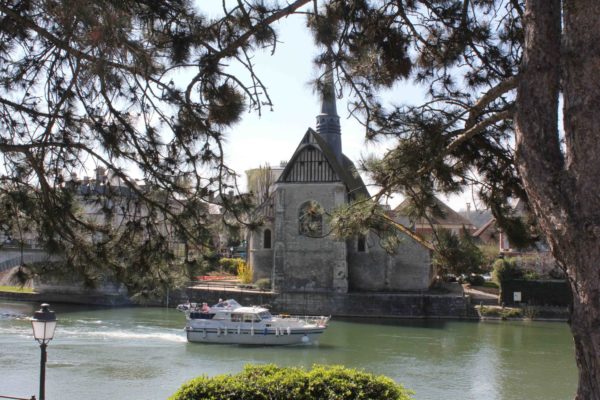 Are you staying with us for 2 days? Are you just stopping off for a...