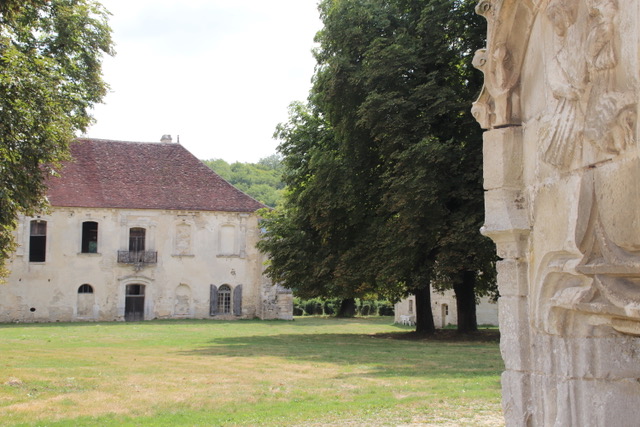 Quincy Abbey, in the commune of Tanlay, around ten kilometres from Tonnerre, was founded in 1133, which makes it the sixth offspring of Pontigny Abbey. It has been marked by historical events and was redeveloped over the centuries. The buildings have been listed as Historic Monuments since 1926.

It is open to the public (for individuals) from 30 June to 18 September, and guided tours are available to allow you to admire the full sobriety of its Cistercian art:
- the 12th-century inn;
- the 15th-century tower;
- a section of the cloister buildings;
- the abbot’s residence and its Renaissance façade;
- the Garden of the Simple, featuring a yew tree maze created by the artist Konrad Loder.
The guided tour also covers the archaeological dig currently in progress and the remains still underground.

Coming with your children? There is a special fun tour of the abbey just for them, with the “architecture and history of the abbey” booklet (for children aged 8-13), which they can take home with them!

For groups, tours are available all year round, by reservation.

This tour is not suitable for persons with reduced mobility: the inn is located upstairs and the other buildings are across the lawn on the estate.